May the Force Not Be With You: Electronic Apple Eliminates Bruising 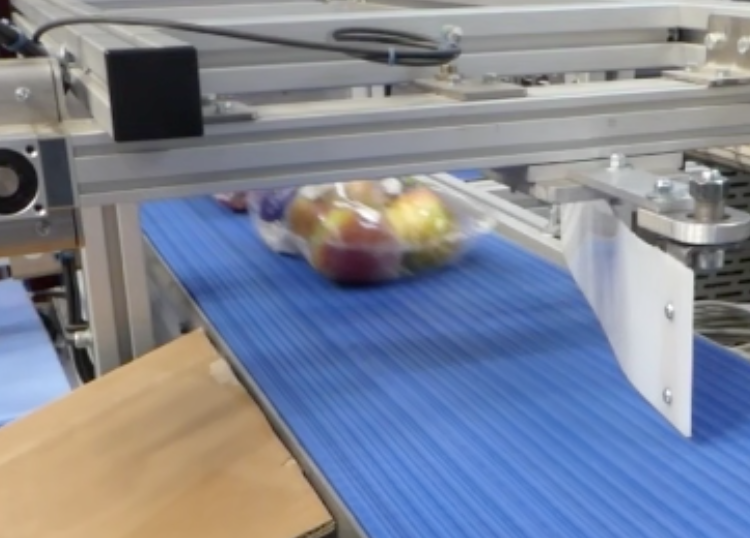 Brillopak has come up with an innovative way of using an electronic apple to inform and assist development of its award-winning UniPAKer robotic crate packer for fresh produce. By measuring the G-forces that an apple is subjected to during the crate packing process, this intelligent logging device has enabled Brillopak’s engineers to make design enhancements that will minimise damage and bruising to delicate fruit.

The electronic apple is a shock and temperature logger encased in a carrier shell that mimics the shape, size and density of a real apple. The ‘dummy’ apple is inserted into a pack in place of a real apple to monitor and locate sources of damage to apples during handling and transportation. Force and temperature measurements are recorded by the device and sent via bluetooth to an app that presents them in easy to read and analyse graphical or Excel formats.

Brillopak saw the potential to deploy the apple as a machinery development tool for its UniPAKer apple packing system. Using the instrument’s shock-testing capabilities, the trail-blazing company has redesigned the UniPAKer’s reject system and optimised the picking and placing operation to reduce G-force stress on fruit. By minimising damage-induced waste, these incremental enhancements translate to improved economics for fresh produce customers.

On Brillopak’s UniPAKer lines, flow-wrapped or pillow packs of apples are usually passed through a vision or checkweighing system prior to entering the pick and place system, to check that each pack contains the correct number of fruit and that no apples have been chopped up by the packaging machine. Reject packs are ejected from the line and any good apples are reintroduced into the process.

The UniPAKer was using a reject system that pushed apples 90° off the side of the conveyor, down a chute. However, this was resulting in bruising to fruit, preventing reworking.

Brillopak ran tests which involved inserting the electronic apple into flow-wrapped packs and running the packs through the system to record G-force measurements. This exercise revealed that the existing system was causing the apple to be subjected to forces of up to 26G in places, but if that G-force could be reduced to less than 6G, there would be no damage to fruit.

The company designed and tested a new gentle reject system that achieved exactly this. The system uses tangential force to guide the rejected apples off the belt at an angle via a flexible polyurethane band mounted on an electronic servo motor controlled pusher.

Brillopak Technical Director Peter Newman explains: “The electronic apple allowed us to pinpoint where the maximum force was. Armed with that knowledge, we were able to redesign the system to reduce that force below the damage threshold. This is a major benefit to fresh produce packers, for whom waste as a result of bruising is a considerable and largely avoidable cost.”

Optimising the pick and place curve

The other operation on robotic apple packing systems that can be a hotspot for damage is the pick and place system, with some rival robots dropping fruit from heights of 250mm. Brillopak has developed a new robot control system that has allowed it to optimise the acceleration/deceleration curve by enabling greater adjustability of parameters.

“When lifting a pack of apples, the robot arm accelerates strongly upwards into a curve, then decelerates down into the crate, so the pack is tightly controlled as it reaches the bottom of the crate. Other packaging machinery manufacturers might be able to design a robotic system that picks and places apples into crates at high speeds, but what sets us apart is our ability to perform this task at high speed without bruising the product,” explains Peter.

Measuring the G-forces on the electronic apple during the pick and place process, Brillopak was able to verify the system’s ability to lift bags of apples and lower them into crates without subjecting them to force that would result in bruising.

Brillopak’s UniPAKer robotic pick and place cell was originally engineered for packing bags of potatoes and apples into crates. The UniPAKer has been specifically designed to improve productivity and improve pack presentation on shelf. Using a parallel arm delta robot on a compact footprint, it will load up to 85 VFFS, tray-sealed or flow wrapped packs per minute and is ideal for vegetables, fruits and salad up to 1kg.